How to Take Ownership of Your Freelance Travel Writing Success 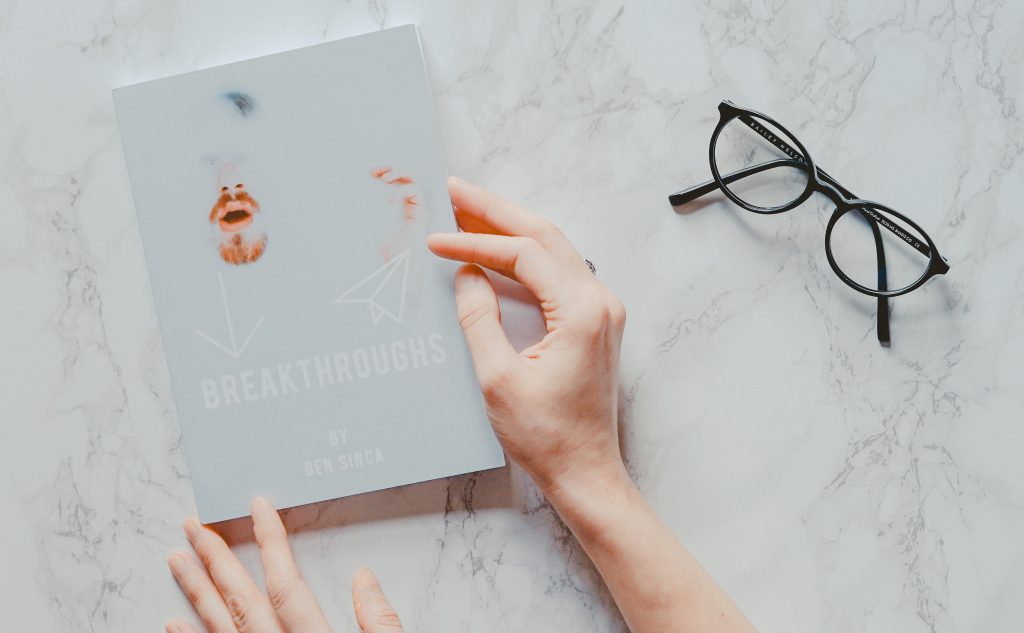 When I was first asked to coach other travel writers on how to meet their business goals and finally get their dreams off the ground, I spent a long time thinking about it, observing writers I knew, and taking stock of the marketplace.

The 18 months of research that led to The Six-Figure Travel Writing Road Map  actually centered very specifically on one question:

What is the difference between the writers who have normal careers as if they were in any other field, earning a great amount of money, buying houses, etc., and those that never seem to be able to crack making this into a viable, stable, long-term career?

Last week, I told you about a writer that I’ve been working with who is killing it right now making her dreams of taking charge of how she pays her bills and who controls her time and writing about what she wants in the process, and her situation got me thinking back on this question once again.

Because this doesn’t happen with everyone I work with. And I knew that would be the case going into it, but it can still be a hard pill to swallow.

A few weeks back, I had a long back and forth with my customer service person about how we are not responsible for people’s outcomes, and accepting that is actually a central tenant of the coaching core competencies of the International Coach Foundation. They say you must demonstrate an:

Ability to hold attention on what is important for the client, and to leave responsibility with the client to take action. [emphasis mine]

It’s a weird thing, but very important. If you are too invested in an outcome for someone, it tends to be your version of it, and you don’t know all of the things that are going on with that person, causing them to make the choices they do and prioritize the things they prioritize.

Also, you aren’t the one who has to actually do the work to get the outcome! I know a lot of newer coaches who say (only partially joking) that it would be so much easier if they did the work for their clients.

Someone who became a health coach come years back told me recently that she quit, because she couldn’t let go of some negative feelings when her clients wouldn’t reach their goals. She wanted it for them more than they did, and that creates a conflict that keeps you from providing the right coaching support, because you don’t understand why people don’t do the things that feel obvious to reach their goals.

So what made this writer that I told you about different? Why was she able to reach her goals when many others choose to follow other paths along the way?

On the one hand, you could say that her family situation caused her to have a high level of focus on doing what was necessary to get where she wanted to go. She had other income previously from teaching and other work though, so it could have been just as easy to stay where she was.

She definitely made things easier for herself by focusing very specifically and exclusively on sources of recurring income, putting aside for the most part pitching individual articles to the magazine because that didn’t fit into her larger goal of creating a stable income for herself entirely from freelance writing.

But there were three other attributes to her success here that you can take from this case into your own freelance writing:

1. She stuck with things that she knew about (but not too narrowly).

When you’re first dipping into the kind of writing output that being a full-time freelance requires, you simply don’t know what you would actually be happy, comfortable, or able to write about in the quantities you’re going to have to produce.

It’s very common to think that you love some aspect of travel or some type of writing only to find that doing it on a schedule about topics other people choose kills the joy for you or that it doesn’t scale.

One of the things this writer did was find positions for herself where she was writing about things that she already knew well enough to have a background that convinced the person doing the hiring to give her the gig, but not that she knew so well that there wasn’t space for her to learn and grow.

She writes about a destination in another state that she knows well enough that they CVB lets her write about it, but where she is constantly finding new things with her fresh eyes to surprise and delight both herself and her editors. And for a governmental institution she writes for in her own state, she stretches by writing business owner profiles–something she did not have a specialty in before and that opens her up to new article ideas coming up in the interviews as well–about the area she knows and loves.

2. She didn’t let her assumptions about situations or other people cloud her efforts.

You might be surprised how much time I spend talking to writers about the assumptions they are making about what their editors are thinking. (Though if you spend too much time in writing-oriented Facebook groups and your feed is almost entirely composed of such threads, perhaps not.)

I’ve talked to people about tour-company-owning couples who send separate and disagreeing feedback on blog posts, clearly demonstrating that they have business (and probably also marital) issues that the writer really shouldn’t be dealing with. And I’ve talked people through feeling like it is simply an affront of rudeness and personal dismissiveness when an editor (who is drowning in work because three of their colleagues were fired and they’re now doing the work of four people) simply doesn’t respond to their unsolicited pitch email.

In this writer’s case, there were several things that came up in terms of people not getting back to her pitches or taking forever to pull the trigger on things that, as we all do at some point no matter how thick our skins, she was taking to be a reflection on her writing quality. This came up especially because her work was often being accepted without a “pat” (“great work, thanks!”, “this is just what we’re looking for!”, or “I can tell you put a lot of time into this and I really appreciate it!”).

With one CVB she was writing for, she got an assignment from another editor in the same organization, but was reticent to pitch her again because the first editor was still taking a while to get back to her. Once she realized it was about that editor’s ability to manage her inbox and workload and focused on the people who were giving her work, she grew her output for the CVB in volume and regularity.

For one website she was contributing to, she found herself perplexed that every time she sent over a list of pitches, the editor always assigned her one, but no more–clearly she liked the ideas, but were all the others then no’s or just “not right now”s? She started sending emails with pitch ideas more regularly, even when she already had an article assigned, and poof! The editor continued to pick one per email, but now she had four to eight assignments per month rather than one or two.

3. She kept asking for work (even from places that were already giving it to her).

That burst of more pitches because “why not” with the website was part of mindset shift that served this writer incredibly well in growing her business.

She not only drummed up new work for that website itself, including an opportunities to contribute to a column she previously thought was off-limits because it was written by a regular contributor, but was also invited to cover the work of a writer that dropped out late in the game on a book the company was putting out. They’re now courting her (early in the process, because now she’s the first choice) for a new title.

And her recent $1,000/month contract wasn’t with a new to her client, but rather an organization that seemed to like her work but was taking forever to pull the trigger even on regular blog post idea approval. She showed them she could deliver and handle their bureaucracy, and then said, “Look, we’ve got to put a ring on this if we’re going keep this up!” (Well, you know, the freelance contract version), and got just what she asked for–and at a higher price point than she expected.

Can you take one of these three techniques into your travel writing work this week to shake free of something that’s holding you back?

Let us do the work for you. Every week we scour the web to find all the new travel writing jobs and calls for pitches available each week and share them with you.

Success! Look out for travel writing job listings at the beginning of each week.