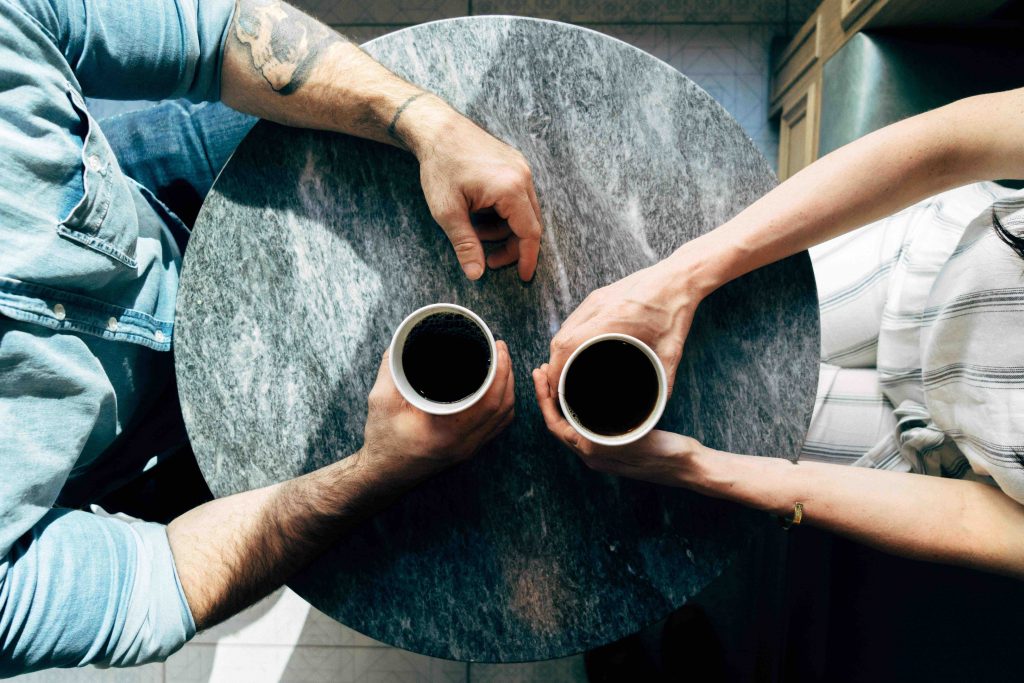 What is up with the mismatches between our to-do lists or our goals and what we actually spend our time doing?

I personally hate when I get to the end of a day or week, look at my three MITs (“most important tasks”) and find that I didn’t do them, because I did other things that matter that I’m glad that I got done.

On most occasions, I don’t regret swapping the goal line, and I’m happy with the things that did get done as they were necessary, but there’s feel this twinge like, “Why couldn’t I forecast this better? Why is it so hard to know what the right things are at the beginning of the week?”

It’s typically much easier to see these situations with some clarity when they happen to someone else, though, am I right?

This discrepancy between what we say we want to do and what ends up getting done is something I often pick up one when I’m working with someone one on one or at a retreat.

I’m sure you’ve seen it yourself. Perhaps talking to friends, even if not about work, but about dating or dealing with a family situation or any other thing that someone might unburden you with, you’ve had a glimmer of this same thing.

In the beginning, they tell you what their problem is in a short sentence. Then they go on with background–not with the explicit purpose to bring you up to speed so much as a relatively random unearthing of the pieces of the situation that role up from their subconscious at that particular point in time.

As the listener, you may look for a pattern, trying to see what they are telling you subconsciously through this obscure fact-selection process.

But if you were to be taking detailed notes throughout the conversation (as I do during coaching calls), you might notice something peculiar.

Where the conversation arrives, when the speaker runs out of steam, frequently demonstrates little resemblance to its departure point.

As in: the problem at the end is rarely the same problem as at the beginning.

Sometimes you find that anecdotes intended to shed light on the problem show the problem to be something entirely different. Often, the conversation has gone somewhere speaker didn’t realize the topic would go.

Other times, after a long, drawn-out conversation that seems entirely narration without collaborative or even individual problem solving, the speaker wraps up with something along the lines of, “Well, that’s pretty clear! I know what I should do,” and drops the topic and moves on! What seemed completely obtuse in the beginning has suddenly, without you realizing it as a listener, untangled neatly and often subconsciously.

Yet other times, as you listen to your friend, you can hear that the solution to the problem at hand appears clear. Just as clearly as the finality in the situation outlined immediately above. But for some reason, the listener seems to be ignoring the apparently obvious solution. Even if you raise the option, there are a bevy of ready diversions or excuses ready to direct away from what looks to you like a simple solution. It can seem frustrating to you as the listener, but it’s likely that there’s some deeper complication for the person that needs to be resolved before they can hop right on that “obvious” train.

What happens for those who work at home and don’t have a ready ear when these issues pop up in pursuit of one’s to-do list or goals?

When you don’t have a boss or co-workers or other work friends to meet with weekly in one-on-ones or ad hoc daily over coffee to work through these kinds of issues?

(If you’re thinking, “Duh, I spend so much time in Facebook groups, because I miss those interactions!” I hear you, but bear with me.)

On two separate coaching calls today I heard one sentiment–one possible antidote to this proposition–expressed by two full-time freelance, incredibly hard-working and efficient writers, each of whom has distinguished herself in a different form of writing but has a similarly goal-oriented, highly business-like approach to her endeavors.

“I just don’t want to start doing anything until I know what I’m trying to do here. There’s no point wasting effort until I have a clear idea! It’s just not an efficient use of my time.”

The problem is, as you’ve no doubt observed at some point your life thus far: You don’t always know what to do until you’ve started.

Once you start decisively down one path, after a long period of deliberation, certain things immediately become clear, for instance:

It’s amazing how much it ends up in a similar place to that chat about dating your friend had with you.

Working for ourselves, as freelancers, and especially as writers who crave unstructured, uninterrupted creative time, we don’t have those colleagues or bosses or sometimes even the right friends to game everything out and reach clarity with.

But you can pick a small chunk of a goal or a project and try to give it a start, walking deliberately a short way down the path to see what it’s really like and if there’s a huge tree down up ahead.

Reading this, I’m sure you’ve thought of some projects or plans–both past and future–where this has played out for you before or where it may apply up ahead.

This week, what path that you’ve been contemplating seriously and with much stuckness, deliberation, and consternation can you take a short walk down to scope out how it feels, get more information, and gain some more certainty over what your “real” next step should be?