What “Impossible” Things Can You Do Next Month? 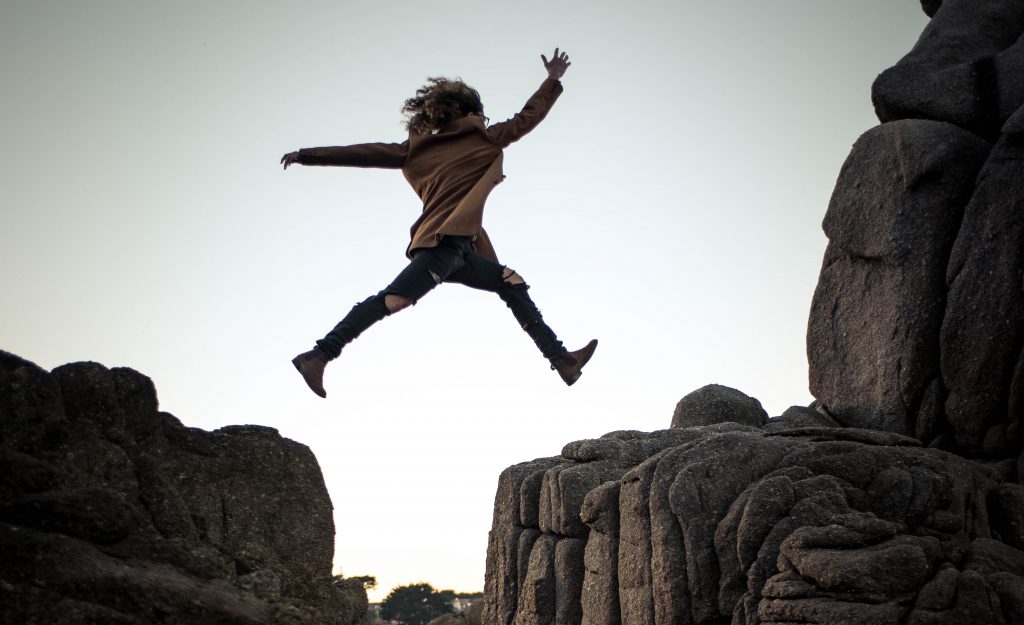 What do you tell yourself is impossible?

I don’t mean the quite difficult things, like base jumping, becoming a competition-level ballroom dancer, or learning a new language in one week.

I’m wondering more about the things that you just don’t allow yourself to imagine as possibilities.

Sometimes they hide in the places we haven’t travel, the activities we haven’t done, or the way we describe ourselves.

I’ve done an odd assortment of things in my life, from traveling the world tango dancing, serving on three non-profit boards, working on award-winning fringe theater productions, participating in the U.S. Olympic development program for field hockey, and singing classical music professionally, including solos in cathedrals in New Zealand and Australia of all places.

All of those things, however, came out of circumstances I was already in–groups I was a part of, things I did in school, or activities my parents signed me up for. None of them required me to push myself on my own to do something that felt out of my reach.

But sometimes, when people hear those things, they ask me, half serious and half in jest, what I haven’t done.

I’ve got a much longer list for that, the top of which is that I’ve never gone skiing or surfing, and I’ve never been anywhere in Africa or Central or South America, even though I grew up speaking Spanish.

Those two active sports ones (and a whole plethora or other more adventurous activities past that), still feel like they’re on my “never going to do” list.

I can’t quite put my finger on why.

I bet, for similar things in your life, you feel the same way.

There are myriad “reasons” I could give that apply to many things:

With the travel ones, since I’ve now gone to many places that used to feel like “never going to do”s to someone who grew up in a village and didn’t leave the country till my late teens, I try to push myself on these areas of resistance and these assumptions.

In particular, I resist going places where I don’t speak the language and don’t know enough to understand the cultural context.

Some of that tracks back to being primarily a solo female traveler.

Even in Asia, I’ve really only been to India (friends and family), Japan (work), and Bali (originally work the first time). And when I went to those places, in each case, I was able to devote months if not years of study to the culture, customs, and occasionally even language before going.

I have just returned from Medellin, Colombia, finally breaking through my South America barrier.

It feels like those early maps of the Americas you see where the known world just gives way to an expanse of unfinished lines and vaguely shaded emptiness has resolved into a map as sharp, clear, and well-labeled as a Google Map.

When people overcome these internal roadblocks and make things like this happen, whether going somewhere they never thought they could or would, finally pulling the trigger on their first pitch, or leaving the traditional 9-5 world and experiencing control of their schedule for the first time, the single most common thing I hear people say is:

“Oh my god, that was so much easier than I thought. Why didn’t I do this sooner??!?”

What can you plan to do next month that you’ve always told yourself you couldn’t?

Vegemite. Waste. And How Real Companies Think
The Single, Biggest Thing That Holds You Back From...
Join Us This Week for Free Travel Writing Lessons ...
What Will We Do at Our Summer Camp + My First R...
Daily Free Travel Writing Webinars for November
Join Us at Early-Bird Prices for Our Winter Retreats to Up Your Skills, Surround Yourself with Other Hard-Working Travel Writers, and Spend the Winter Somewhere Cozy