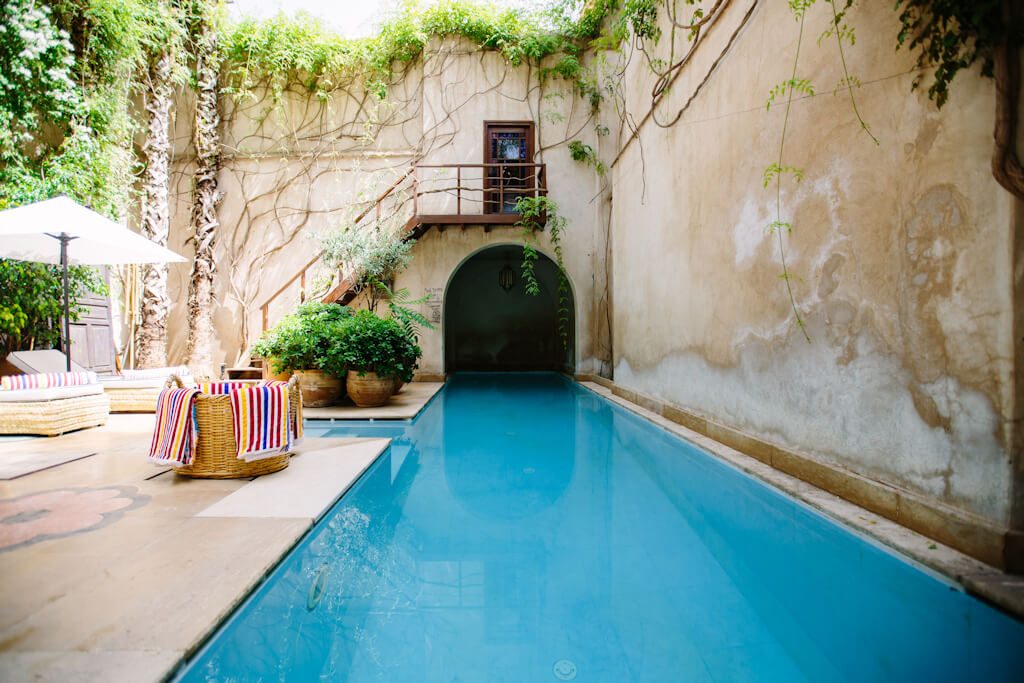 “Travel” is a 750-word article which covers a luxury hotel somewhere in the world. In a third-person conversational tone, the writer describes the history, location, amenities, décor, and food available. A recent example includes “The White Thrill” which describes the luxury ski hotel, Hotel Tannenhof in St Anton, Austria including how the area became popular and how the hotel appeals to affluent skiers.

“Sleep” is an 800-to-1,000-word round up of seven different hotels in a city. The round up provides hotels at middle and high price points, with headers such as “Best all-in-one,” “For on-high relaxation,” “For tee parties” (a play on words for golfers), “For the perfect escape,” “For romance,” “For beach bums,” and “For island living.” The hotel’s main features are then described, such as its top regional cuisine, pools, or number of rooms. Room prices are listed in pounds along with the hotel’s website. There is one 350-word sidebar listing three budget accommodations following the same format. The sidebar is 300 words. Destinations recently covered for this section include the Maldives, Delhi, and Berlin.

“Reasons to Travel Now” is made up of about five articles covering destinations worldwide. In 100 to 400 words, articles cover something new in the destination, most often a hotel, either describing the place on its own or expanding to give further suggestions for places to stay or things to do while in the location. This could include a variety of options, like a museum, a café, a hotel, a theater, and a shop, or focus on a particular theme, such as just covering design spots or places to visit on one street. Articles are written in a third-person style and include websites and prices. Recent examples include “A New Hotel Puts Warsaw on the Map,” which covers the new Raffles Europejski Warsaw hotel in Warsaw and includes eight things to do while staying in the city, “Denver’s Liveliest Street is About to Get Even Better,” covering the opening of new Ramble Hotel in Denver and six other spots to check out on the same street, and “Georgia’s Capital City is an Under-the-Radar Design Destination,” giving three places to stay in Tbilsi and four design hot spots to see.

“Check-In Here” covers a hotel in about 250 words. The piece is written in first person as the writer shares their experience staying there covering the amenties, rooms, and food. This followed by a sidebar which rounds up three to five further hotels with a similar theme, such as hotels with great pools, hotels in vineyards or hotels in the countryside. Recent hotels covered for this section include Abaton Island, Crete, Torralbenc, Menorca, and La Donaira, Andalusia.

“Relax” is a 400-word article which covers a retreat or spa in a destination worldwide. In a second-person conversational voice, the article describes the resort including amenities and location. Other things to see and do in the area are sometimes briefly covered. Examples from recent issues include “Wellness Paradiso,” which describes the Six Senses Samui resort in Thailand, “A Cliffhanger Getaway,” which describes the Terranea Resort & Spa in California and “Taste of the Tropics,” which covers the Ritz Carlton at Key Biscayne, Florida.