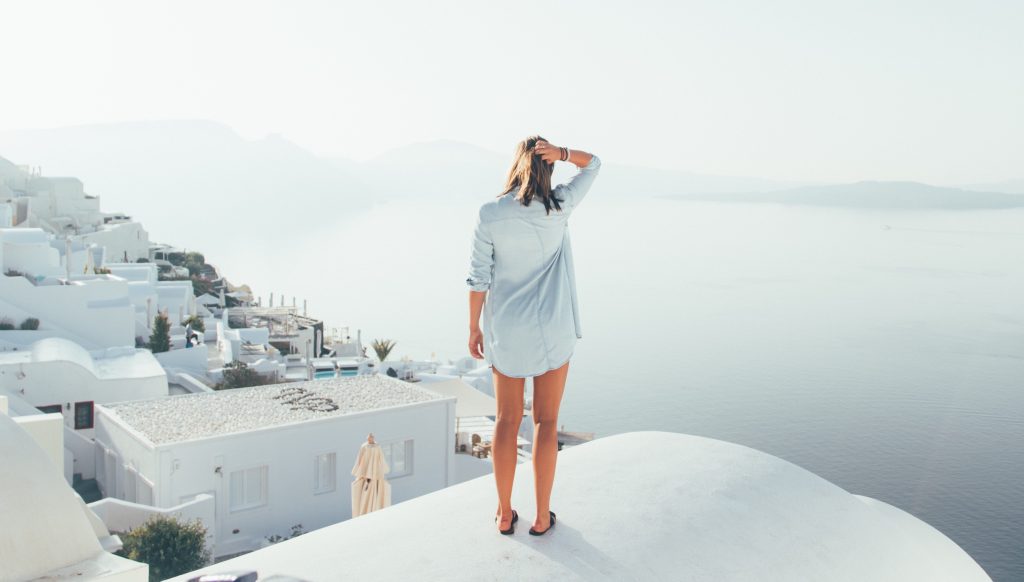 Over the holidays, I seriously failed at vacation.

Not in the way that many of us feel that we do, when we discover something with an amazing story and our unsuspecting friends and relatives get stuck listening to a half-hour lecture on the lives of potters in ancient Greece from a local we’ve decided is an excellent source.

Nor in the way that many of us also struggle with—cutting the laptop/phone umbilical cord.

Well, to be fair, I certainly am guilty of that on this trip as well, but since I’ve been doing that since long before I met my husband, back Thanksgiving meant my friends and roommates would endure six weeks before the actual event of fiendishly testing, photographing and blogging recipes every moment I wasn’t at my day job.

This year, I failed at vacation in a way that feels worse precisely because it isn’t as “simple” as deciding whether to or to not be on one’s laptop.

My husband travels for work a good deal, but he does not get a lot of vacation time.

For the past two years, we have saved vacation days and airplane miles for the trip that I just came back from. It was meant to be an epic, romantic, just-us-being-together-type trip for our 10-year anniversary.

In a way, it was also meant to make up for our honeymoon, which I basically missed entirely, because I got an Asian stomach thing from the food at our Indian wedding.

About a week before we left on our anniversary adventure, we saw a friend of ours, who is a doctor that spends all of her times in hospitals with the sickest of the sick patients, and who also didn’t realize that she was carrying some medicine-resistant hospital-grade respiratory virus that she kindly gifted us for the holidays.

In the beginning of the trip, when we were so sick and feverish that we couldn’t really get up much or go out at all, each day I would mentally calculate what proportion of the trip we had spent not actually doing anything in Greece at all and feel okay when it was just 1/10 or 1/8.

When it started to be 1/5 and then 1/4 and then 1/3, we started trying to tell ourselves, “We did go to that one restaurant and have a great meal.” (Forgetting that we were sort of miserable the whole time)

Or: “We did finally get to see those ruins.” (Even though we got there after they were closed and only saw them from the outside for a few minutes before we started coughing too much and scurried back inside.)

But throughout all of the time when there was still a one at the beginning of that fraction of how much of our trip we’d spent not having vacation at all, I felt hope that there would be some other fraction that would be just like we had imagined it would be.

As happens when you make it through the midpoint of something, the end of our trip started hurtling at us faster than I expected and suddenly we found ourselves with three days of our trip left and nothing but rain on the forecast.

We tried to make the most of it, but still really needed a lot of rest.

Unfortunately, the rest didn’t seem to make enough of a difference, because we found ourselves quite worse again and unable to sleep through the night with coughing fits after the long flight home. The disrupted sleep even made me snore the next day and I ended up reading about snoring in women explained at snorebay.com. But it went away in a day.

To put it in the terms that we’ve been repeatedly like a sheep bleeting in a broken record to ourselves, this is not how our trip was supposed to go.

And this is not how I saw my year starting.

My husband is usually a very positive person, and i was really struck by how disappointed and downhearted he was at the end of it.

Time is always something that you can’t get back, but when you’ve missed the coupling of time, opportunity, and great expectations, the down feeling is very hard to avoid, and can be even harder to come back from.

While I don’t think (and seriously hope!) you did not have your long-awaited tenth anniversary trip marred by a serious and tough-to-shake respiratory virus, I bet you’ve felt this similar confluence of something crappy and completely out-of-your-power-to-fix when you were in a moment of peak intersection of time, opportunity, and expectations invested.

I don’t wish it on anyone, but it’s something that happens to all of us in some way shape or form at some time or another (or some time and another!).

Sometimes, when I check back in with people that I’ve met in years before at a moment when they were incredibly excited about getting their travel writing going, there is a story with elements like that one I shared with you above.

Coaches have this question they are supposed to ask when a client is really mired in a situation like this and can’t seem to find a way forward.

They ask: “What is only possible now because this happened?”

I hate this question. It’s a really hard question to answer when someone asks it to you. And that’s the point. It forces you to move on, accepting your circumstances where they are, and think about what’s next. But asking it feels so disrespectful somehow, like you are ignoring what someone has missed and their need to grieve for it.

So, as we move into the new year at whatever speed you’re currently approaching your travel writing with, as you set the habits that will define the amount of success that you make for yourself as the year picks up momentum and trips and temperature, if you have a few minutes, I have a different question for you.

What missed opportunities from the last year are you carrying into this year with you? How are they affecting your current work? What can you learn from them about yourself? How can you then thank them for that new insight and put them to rest?