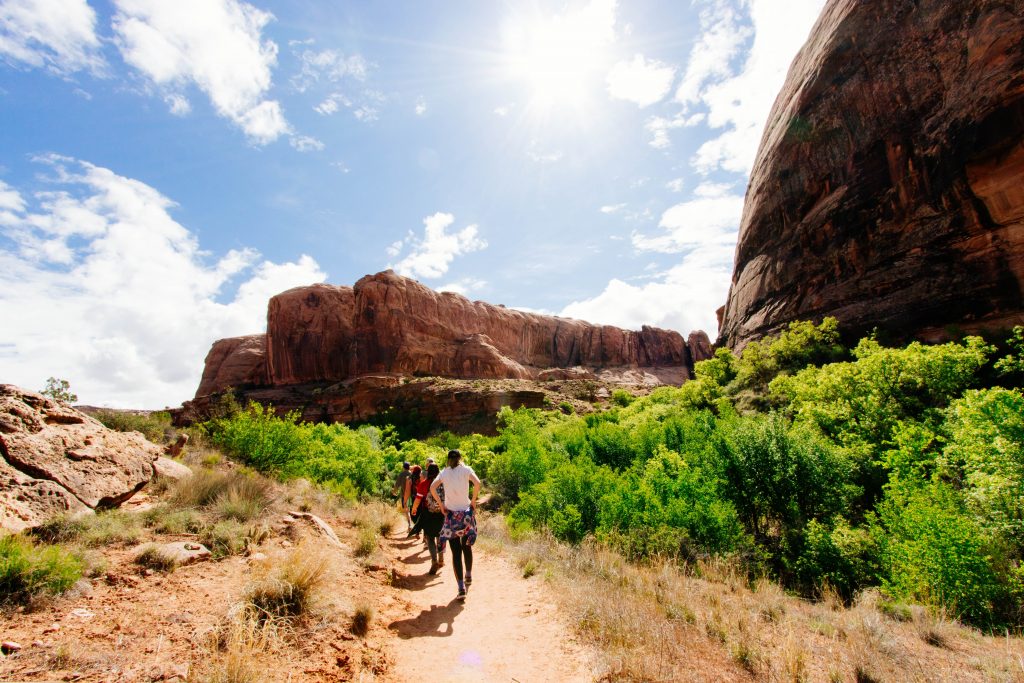 “Three Days In…” outlines a three-day itinerary for a destination. This is often in Canada, although occasionally international destinations in the Westjet network are covered. In about 700 words, there is a short introduction describing the destination before the subheadings “Day 1,” “Day 2,” and “Day 3,” are found with “Morning,” “Afternoon,” and “Evening” within each. Several recommendations are given for each day and times including things to do and places to eat. There is then a 20-word sidebar called “Getting There” which outlines how to get there with WestJet from Canada. There is also occasionally a second sidebar providing more information such as local events to see or hotel recommendations. These are about 80 words long and usually offer two options. The article is written in second person, suggesting to the reader what they should do, and in an informational yet entertaining style. Recent examples include “3 Days in Golden B.C.,” “3 Days in South Wales, U.K.,” and “3 Days in Miramichi Newfoundland.”

“Entertainment, Travel & Adventure In” is a 1,300-to-1,500-word feature that focuses on an international city or country found along ANA’s routes. It’s written in first person, most often by a freelancer, and typically explores dining, sights, activities, and entertainment that is native to the chosen destination. In terms of format, each feature is most often broken up by two or three subheads, and the story is written chronologically according to the freelancers’ day-by-day excursion. One recent feature examined the wild lands of Australia, highlighting different outback sites, like Kata Tjuta and Ayers Rock. The piece also featured where to stay and dine in the the Australian desert, as well as where visitors should go to find al fresco entertainment. Other destinations that have been featured include Hanoi, New York City, Hong Kong, Germany, and Monument Valley, Utah. It’s important to note that the majority of features are set from within Europe, Southeast Asia, China, or the United States. Text is accompanied by 15+ images and photo captions. There are no sidebars.

“En Route” is real-time guide of cultural activities and notable sights to see within a particular destination that is smaller in scale than a major city and is accessible via Amtrak train. In, “En Route – Greenwood, Mississippi,” the guide starts at 9 a.m. when the train arrives at the station, and ends the following morning at 9 a.m. to depart via train to New Orleans. There are seven activities in between, examples including: leaving bags at at the Alluvian Hotel at 9:30 a.m., perusing books at TurnRow Book Co. at 2 p.m., and making dinner at Viking Cooking School between 6 and 10 p.m. Short paragraphs of 30 to 100 words elaborate on each activity.

“Perfect Day” outlines an hour-by-hour itinerary for one day in a destination in the west. In about 400 words, it gives a recommendation for something to do in hourly slots. This can include cafés, parks, markets, galleries, restaurants, bars and theatres. There is usually about seven timeslots ranging from 9am to 8pm. The website is included for each recommendation and there often a quote from a local in a sidebar called “Local Lowdown.” This can feature a top tip about the area or a place to try. Destinations covered recently include Olympia, Washington and Davis, California.

“Three Perfect Days” is a long-form feature of 3,000-to-4,500 words that sets the theme for the current month’s magazine. This first-person essay reads like a travel journal or a letter written home, delineating the writer’s experiences in a particular location over three days. After an introduction of about 150-to-250 words, the feature is broken into three sections, “Day One,” “Day Two,” and “Day Three.” The contents of this journal includes anecdotal stories of travel companions, hole-in-the-wall restaurants and bars that were accidentally discovered, tips from locals, quirky experiences, and fun activities. Recently published features in this category include, “Three Perfect Days: The Florida Keys,” “Three Perfect Days: Maui,” and “Three Perfect Days: Mexico City.” Hemispheres finalizes “Three Perfect Days” locations up to a year in advance in order to release the magazine’s annual calendar to advertisers.

Would You Like to Be Part of Launching Our Two New...
How to Research on the Road and Find Salable Ideas...
Five Magazines Looking for City Guides (Edition II...
Join Us This Week For Free Travel Writing Lessons ...
Unless You Plan Your Research Around Specific Pitches, Press Trips Can Be a Serious Waste of Time
How to Be Independently Awesome No Matter What is Going on on Your Press Trips