I truly believe travel absolutely can change the world one person at a time.

If you’ve traveled, you know what I’m talking about. Seeing how other people live, what you take for granted about life that works completely differently in other societies, and how you can be and change as a person in other circumstances has a profound effect on the rest of your life from those moments on.

Travel writing is the catalyst to those experiences.

In the form of travel essays, it gives people whose travel opportunities are limited for physical, financial, familial or profession reasons a window into the lessons travel provides and the inspiration, courage, know-how and desire to go out into the world and change their preconceptions, see things differently, and bring those new convictions back home to pass them onto other people and their daily lives.

But even a tantalizing text in a tour description of weaving your way along the Silk Road, a photo-filled feature in AFAR or Travel + Leisure of what it’s really like to rent a Tuscan villa for a week or a blog post a friend shares on Facebook showing that it is safe to travel in Cambodia and what you can expect when you’re there can be the moment that changes someone who never thought they would see the world outside their daily life into someone who can’t wait to.

I was not a person whose parents took me to Italy for school breaks or brought the family on work trips to Hong Kong. I didn’t even leave the country once until I was almost done with high school, and that was to go to Canada, not some far flung exotic destination. I grew up in a former orchard town that was technically a village at the time. Going to the next town over for pizza or to walk in a slightly larger downtown than our own was the exciting thing to do on the weekend (this is in pre- WalMart and IKEA days. I think that’s where kids went for excitement when my younger sister was growing up).

The one way I was somewhat blessed in terms of cultural exposure was that growing up in California, Spanish is a second language for almost anyone growing up, and school trips to Dia de los Muertos festivals and Mexican dance performances provide a peek at another world. That may be why I randomly decided that I would major in a foreign language and do a study abroad program even though I had never really been abroad.

One of the places my father wanted me to apply to had these amazing study abroad programs, where the school would not only let you live abroad with a host family and attend a foreign university for the same amount you paid for the regular school year, but they’d also organize weekend and week-long trips around other parts of the country. To me, this seemed like a no-brainer. We were paying no extra money for me to have essentially a year of guided-tour living in Italy.

At first, living in Italy wasn’t different for me because it was a foreign country, but because I was suddenly living in a city (albeit a small one—Florence). But over time, things like not being about to go to a drug store like we have in America, but having to go to 17 different stores to find all of those products, or the incredible ability of Italian men to never grow tired of designing Dante-like compliments for women they’ve only known for five minutes, or the simple taste of pasta that seems to have nothing on it while tasting like one hundred different things seeped into me.

So much of who I am is Italy. It was like another childhood in terms of how much I learned objectively but also how much I grew, stretching my own boundaries of what I thought I could be or do even in my every day life.

After undergrad, everything I did was focused on going back to school to get a Ph.D. in Italian literature and teach. I wanted to help others have the same eye-opening, perspective-shifting experiences I’d encountered in Italy. While I worked in the corporate and non-profit worlds, I boned up on foreign languages (most Italian programs want you to speak French and German too, go figure) and spent my money on weekend trips to Spain or Italy rather than going out drinking after work.

When I quit my job I could spend more time traveling, working on my languages, and racking up experiences I could share with my students to bring them new perspectives (as well as move across the country with my fiancé—a frequent reason people finally quit their jobs to freelance!), and I set about setting up travel writing freelancing gigs to pay the bills while I was in grad school. But as I spent a year, and then soon another, and then another doing that, I lost the desire to become a literature professor.

The exact the reason I wanted to teach—to open more people up to falling in love with the world and who they are able to be in another part of it—I realized I could do on a much wider scale writing about travel.

That’s why a large part of what I do remains writing for the mainstream traveler, people who primarily travel on group tours or for business, and encouraging them to have more transformative travel experiences whether in a new country, a Midwestern city during a conference or even twenty miles from their own home on a weekend outing with family.

Over the years I’ve spent freelance writing, I’ve written for websites about concierge travel experiences in parts of Italy most tourists don’t realize exist, how to use credit card points and miles to travel even when you think you can’t afford it, and how to use AirBnB to experience a city like you live there even when you’re only there for a few days. I’ve written for magazines and newspapers from the niche to the newsstand, from Italy Magazine to The Dallas Morning News.

I still write (a lot), but now I spend a huge part of my time helping other aspiring and struggling travel writers turn their dream of travel writing into a sustainable freelance reality so they can bring more transformative travel experiences to more people and change the world one reader at a time.

Will you join me? 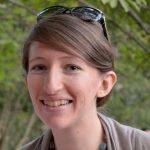